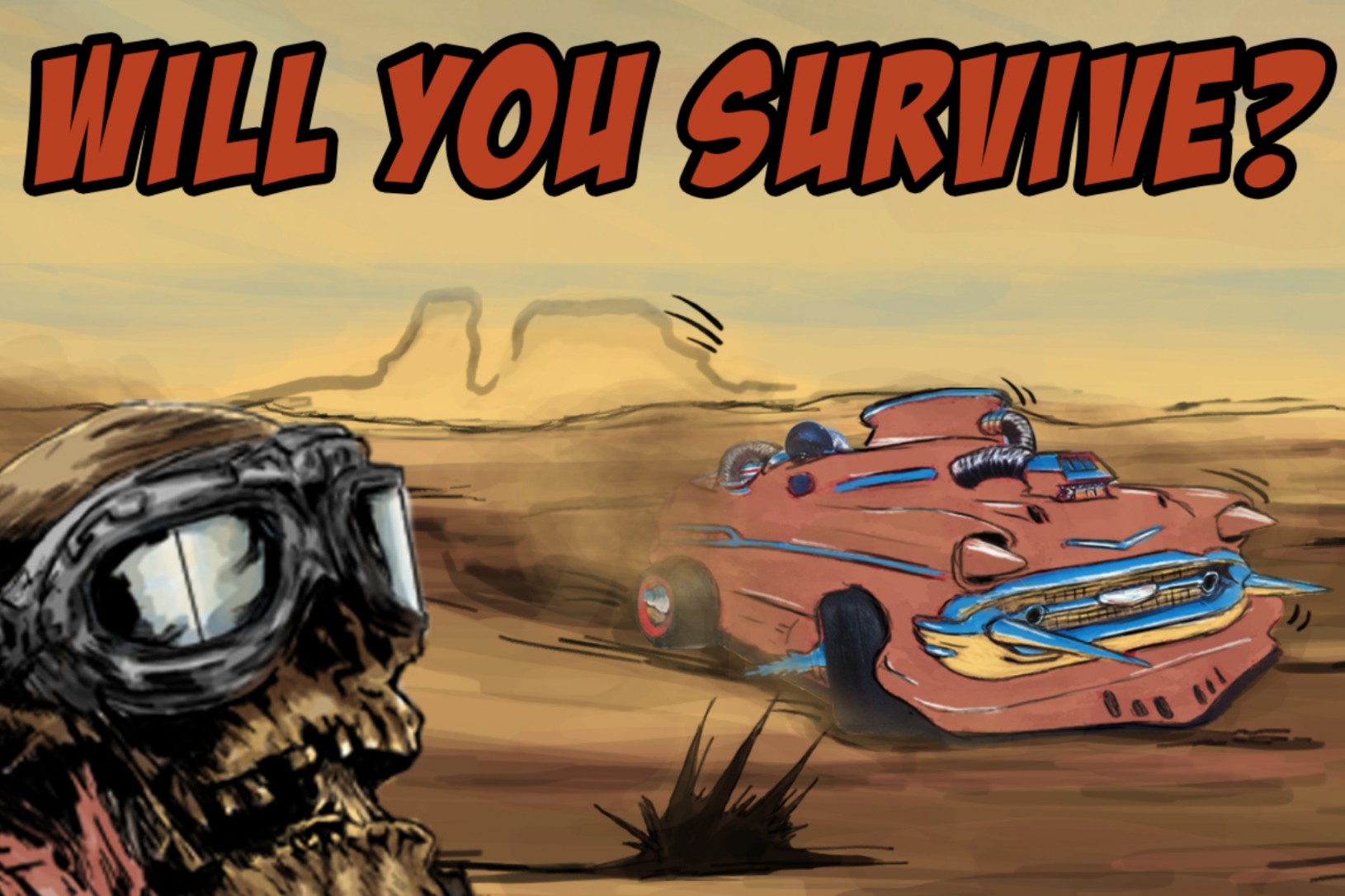 Our alumni team, Talk-A-Bot has developed a chatbot version of world-famous author Ian Livingstone’s legendary Freeway Fighter gamebook. The idea came from one of the company’s founders, himself a fan of the book, who obtained agreement from the author. Talk-A-Bot is a preferred enabling partner inbuilding chat bots on Rakuten Viber and have used their experience to develop Freeway Fighter for the platform. In addition to the game, a Viber sticker pack also supports the Freeway Fighter chatbot which is now available to Viber users globally.

As a new entrant to the global games market, Hungarian chatbot provider Talk-A-Bot has launched its first game by adapting one of the world’s most famous Fighting Fantasy gamebooks, Freeway Fighter, to a chatbot platform. Ian Livingstone’s legendary gamebook is part of the Fighting Fantasy series which has sold over 20 million copies worldwide. Talk-A-Bot has adapted the book’s post-apocalyptic interactive adventure into a thrilling interactive joy ride for mobile with quick gameplay and added emojis and animated gifs.

“I’m delighted to see Freeway Fighter being launched on a new platform, taking the branching narrative format to new audiences. Talk-A-Both as developed a compelling chatbot version of my book by employing streamlined gameplay mechanics whilst retaining the excitement of the interactive story. Start your engines - you’re in for the ride of your life!” said author, Ian Livingstone.

Viber has welcomed Talk-A-Bot’s adaptation of Freeway Fighter to its popular messaging platform. “We are very excited to welcome Freeway Fighter on Viber and offer additional value to our users who love playing games on the go. We truly believe in the success of Ian Livingstone’s content coming to life on our platform,  recognizing that messaging apps are excellent for hosting mobile gaming with friends and fully digitizing traditional content sources, ”said Daniela Ivanova, Business Development Director Europe at Rakuten Viber.

“Freeway Fighter was my very first roleplay gamebook when I was a teenager living in a small town in Eastern Hungary you could not even find on the map. When we established Talk-A-Bot in 2016, I knew I wanted to see how my favorite book would look in a chatbot. Ian Livingstone was immediately in favor of the project and confirmed when I contacted him that no one before us had done anything similar with his books. Mad Max is totally my world. But I did not ever think till Covid-19 hit that we could actually come close to the reality of my favorite childhood story,” said Geri Kalydi, a Talk-A-Bot Co-Founder.

Freeway Fighter takes place in 2023 in a world which has been devastated by a virus that killed 85%of the population. The world you once knew is a wilderness. Life is lawless and dangerous. Survivors either live in scattered, fortified towns, or roam outside as bandits. The player’s mission is to drive their armored car across the dangerous wilderness to bring vital supplies to the town of New Hope.