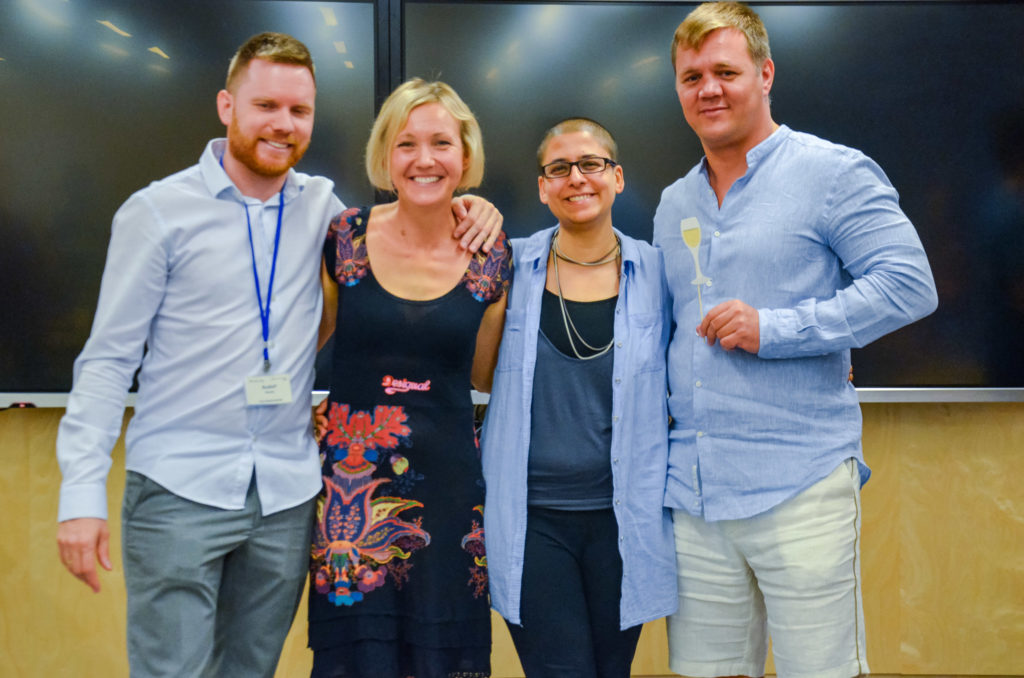 Their idea was to create a global certificate platform where people can store their certificates for easy access and posterity. Schools and organizers of certificate programs will be able to upload the documents which they issue to the block-chain cloud-based certificate storage system. While students will have safer storage for their diplomas and a more convenient way to send their documents to prospective employers or institutions.

Their idea was to create a platform where students can find the best university options based on selected criteria. The matching of students to schools will depend on the needs and socio-economic conditions of the students, and the selling points of the university.

Their idea was an online platform where people can ask questions regarding legal matters and get instant feedback from a chatbot. The chatbot will be trained to give useful and simplified answers to questions about real estate law, family law and consumer law.

Their idea was a cash back system where instead of going through the stress of trying to withdraw the cash back, people would be able to donate their money to a good cause. With BackCashU, people can invest the money they gain from the cash back system in charitable donations, such as paying up student loans or donating to social organizations.

Their idea was to create a platform where party planners could easily make custom orders of drinks and have them delivered to their party venue. This team promises “alco-tainment” as they intend to not only provide alcohol but also to add life to any party with the special party decorations which the provide.  When asked how they came up with the idea, Edit Szabo said they wanted to prove that the principles which they have learnt during the course could work for any idea. She said they wanted to show that if the things which were being taught could be successfully used for a seemingly stupid idea, then it can be applied to any idea at all.