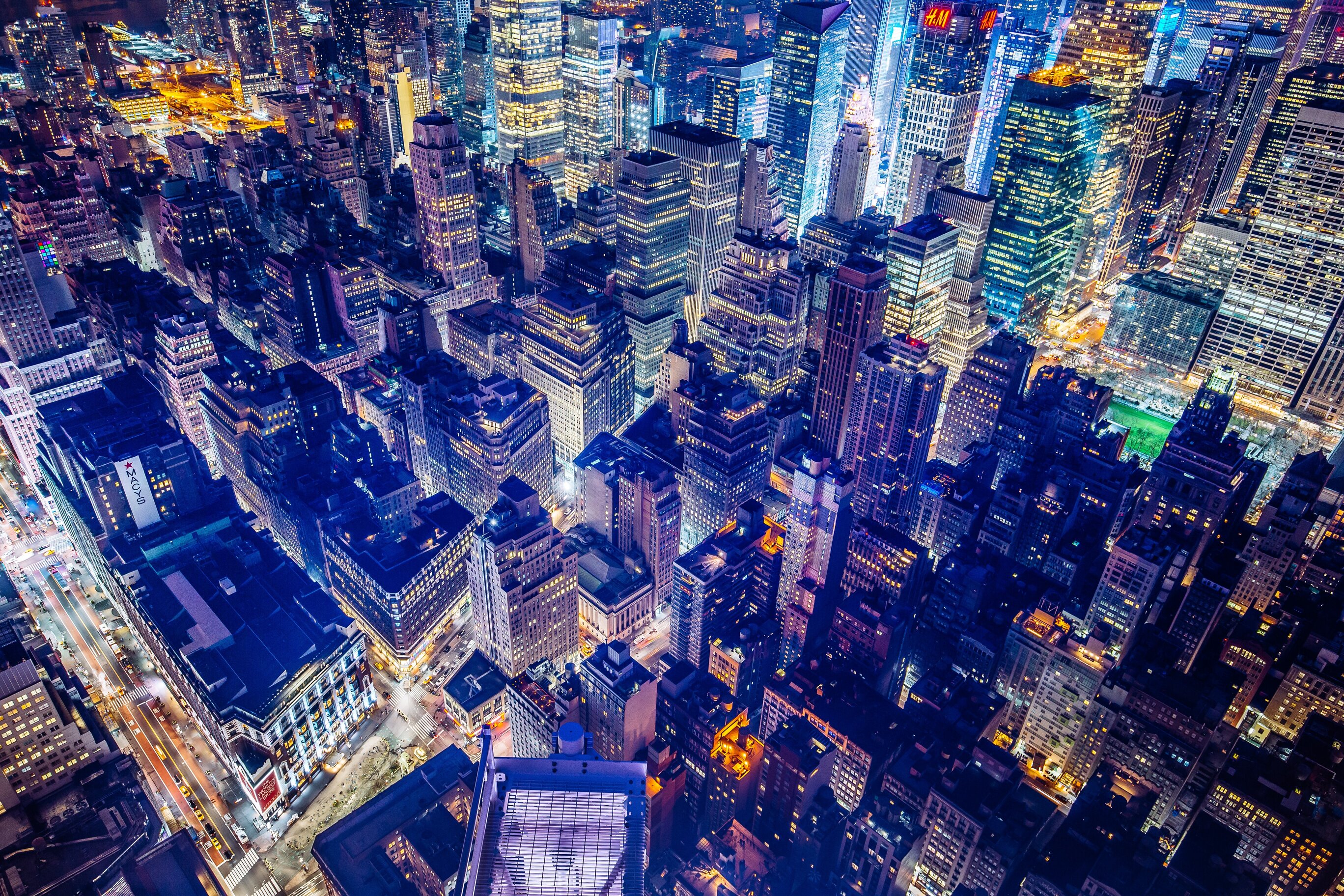 Urban digital twins will shape the future of smart cities

Do you remember SimCity, the urban planner video game where anyone could play God and create the best possible city on the face of the Earth? It seems so easy to build state-of-the-art structures that you wish every city planner should have access to it. Well, we are almost there: the time has arrived when urban digital twins, smart simulations of potential city development efforts appeared on the scene and in the future, they could shape the way smart cities evolve.

How to make smart cities smarter?

The concept of “smart communities” appeared as early as 2002, and referred to communities in which local leaders and stakeholders, by use of electronic networks and the Internet, were forming alliances and partnerships in order to innovate and extract new economic and social value. Later on, the idea of a smart city was pinned down more specifically and started to point to a framework composed of IoT and cloud computing, that collects, manages, and analyzes data to help cities be more efficient and responsive to citizens. Smart projects appeared in transportation to reduce traffic congestion and make parking easier, energy, water, and lighting systems more economical, more responsive to citizens’ needs.

Turning static neighborhoods into intelligent, responsive, living urban areas has become such a popular effort that according to the Center for Strategic and International Studies, two years ago there were already 379 fully deployed smart city projects in 61 countries, and despite the pandemic, the landscape has not stopped evolving. A market research company even found that the smart city market will expand to be worth $2.75 trillion by 2023, and city officials all over the world are on track to embrace intelligent technologies more and more.

Not even the pandemic could bring a turnback

While the coronavirus has made irreversible changes to how we live, how we use our spaces, and how we imagine the way forward, it seems the concept that urban living requires intelligent technologies in smart ways will stay with us in the long run. Especially since in some cases it could even help the fight against the pandemic. For example, the city of Chicago used anonymized cellphone data to analyze travel patterns and track people’s movements - to see the progress on self-isolation and stay-at-home measures. Or in Helsinki, city hall maintained a Special Operations Group that used data from digital technology platforms and scenario analysis to inform their decision-making.

Not everything is rosy in the story, though. Data protection and data security is often a huge concern for citizens when it comes to data collecting technologies, such as smart city projects, and these fears are well-founded. As an example, Singapore, which was labelled as the “smartest city in the world” two years ago, introduced a QR code for identification whenever Singaporians entered a public space during the pandemic. It was said to serve contact tracing purposes, but later turned out the police had been using it for their investigations. The event sparked huge public mistrust. In Zhengzhou, smart city projects came under scrutiny after failing to prevent deaths following severe flooding.

Urban digital twins in the making

These examples show that smart city technologies have a lot of potential, but they still have a long way to go. Similar considerations apply to the idea of an urban digital twin, which wants to digitally copy one or several aspects of a city or a neighborhood - from social dynamics through infrastructure to environmental attributes - that would allow politicians, urban planners, and of course the wider public to simulate the impact of any change before policies and construction work would actually happen. These digital imprints would be built on huge data sets  that can be filtered and processed by a number of sophisticated algorithms and computer models. It would require cloud computing, and the Internet of Things (IoT) with sensors collecting data on the ground. Sounds like science fiction?

Although the technology is still in its infancy, impressive examples show it has great potential, and it is especially useful as it can run various experiments without actually affecting people’s lives. Through that, city planners could introduce the best possible way forward without doing harm.

For example, the “smartest city of the world 2019”, Singapore has been developing its “Virtual Singapore” model, a digital twin which not only maps the infrastructural specificities of this 21st-century city-state, but adds important information for further development purposes. It is said to have been helping people with reduced mobility, as the simulation is used by the city council to tell them where to eliminate architectural barriers. However, it can also advise city planners about a number of issues: how to efficiently apply solar panels or how to build a pneumatic waste collection system.

If you believe Singapore is too far away both physically and technologically from the Central European region, you might be mistaken. There is at least one start-up incubated in CEU Innovations Lab, which is working on an urban digital twin project, and that’s Physi. The project is a spinoff of Naturvation, a research project funded through the Horizon 2020 science program of the European Commission, and wants to create a personalizable platform where urban planners, and later on, citizens could simulate how future greening projects would impact specific neighborhoods.

László Pintér, Head of Department at Environmental Sciences and Policy at Central European University, and leader of Physi said that they launched a custom version of their platform at the 9th European Conference on Sustainable Cities and Towns in Mannheim last October, and the participants could test in real time how they could rearrange the Dunakapu Square in Győr from an environmental point of view using a “library” of attributes. For example, they could put flower beds on the square and see how much it would cost initially and in the long run, and what impact it would have on the micro-environment. Impacts such as the effects of flower beds on heat islands which might shape up on the square.

The choice for their second project is quite self-explanatory: they have been working on the new campus of CEU at Steinhof, in the 14th district of Vienna. It’s a unique world-heritage site and it’s already “fairly green” according to Pintér, but the City of Vienna and CEU has aspirations to make it even greener. Physi is working on that together with an Austrian consulting company and landscape architecture company, PlanSinn.

Algorithms assess the impact of greening

Although it is not obvious at first sight, and it even sounds simple to create a digital twin, the road to a digital environment that truly reflects reality is a long one stacked with persistent, tenacious work. Pintér said that depending on the complexity and the size of the area it takes 2-3 months to customize the digital environment. The availability of data also complicates the picture, even though they have the largest specified database in the world - Urban Nature Atlas - that they developed in the already mentioned Naturvation project which could take some burden off of their shoulders.

However, Physi’s CEO believes the hardest part is not the data or the technicalities, but you have to make sure that these planning environments truly reflect reality. For that, you need to pin down very specific attributes of the space you are concerned with. If you want to create a small wetland in an urban district, you have to have certain topographic attributes, for example access to water - and the digital twin should indicate it. “When we set up the smart maps, we pre-classify every green component of the urban space based on their suitability for a given green infrastructure in our digital library - and we do that for every element in the library. That requires a complex setup, a lot of time and energy,” explained Pintér.

And going beyond the specific attributes, the expert believes it is difficult to build the algorithms that run in the background and accurately assess the environmental impact of a recommended green element. If you want to add a green roof to Dunakapu Square, the platform will first tell the user where it would be possible to put it, then what impact it would have on the square - and the effect would slightly be different in the case of Vienna, Shanghai, or Melbourne. So, the analytical model has to be customized.

The future is both simulated and very down-to-Earth

However, it is worth investing time and money to set up the digital twin, as later on, Physi offers a simple, user-friendly platform, and the tool might help in the early and participatory stage of public space planning processes in the future. Local businesses, municipal people, and everyone who wants to think together about an urban neighbourhood might do virtually, without the potential to do any harm to the environment or the community.

Pintér said that in Vienna, there is already discussion about introducing superblocks in some districts of the city. These are neighbourhoods where traffic is restricted to the outside, opening up entire groups of streets to pedestrians and cyclists. The aim is to reduce pollution from vehicles, and give residents much-needed relief from noise pollution. He believes it is possible to imagine that in the future, city planners would discuss the options for creating greening strategies with the help of digital twins, such as Physi’s platform.

This is still hypothetical, but we are moving into this direction. Pintér says that although cities are historical constructs handled usually as engineered-economic systems, we started to move away from this idea and turn towards imagining cities as ‘living organisms’. Greening helps inject ‘life’ back into communities, aspects that are missing from the ‘engineered neighbourhoods’. Although a city will never become a rainforest, through bringing back the environment, it can have a profound impact on people’s psychological well-being, sense of aesthetics and quality of life, explained Pintér.

He also believes that smart technologies coupled with communities could help a lot in this area. His team measured how school gardens have a lasting impact - through kids and then on their families. So, through technology, he believes you can install an automatic weather station in a school garden, and it is going to send you centimeter-level moisture information to your smartphone but nevertheless, it’s the inspiration that gives to kids and the families that really matters. Technology is nothing without the people using them, and the most successful smart cities will be the ones who acknowledge this.

Urban digital twins will shape the future of smart cities