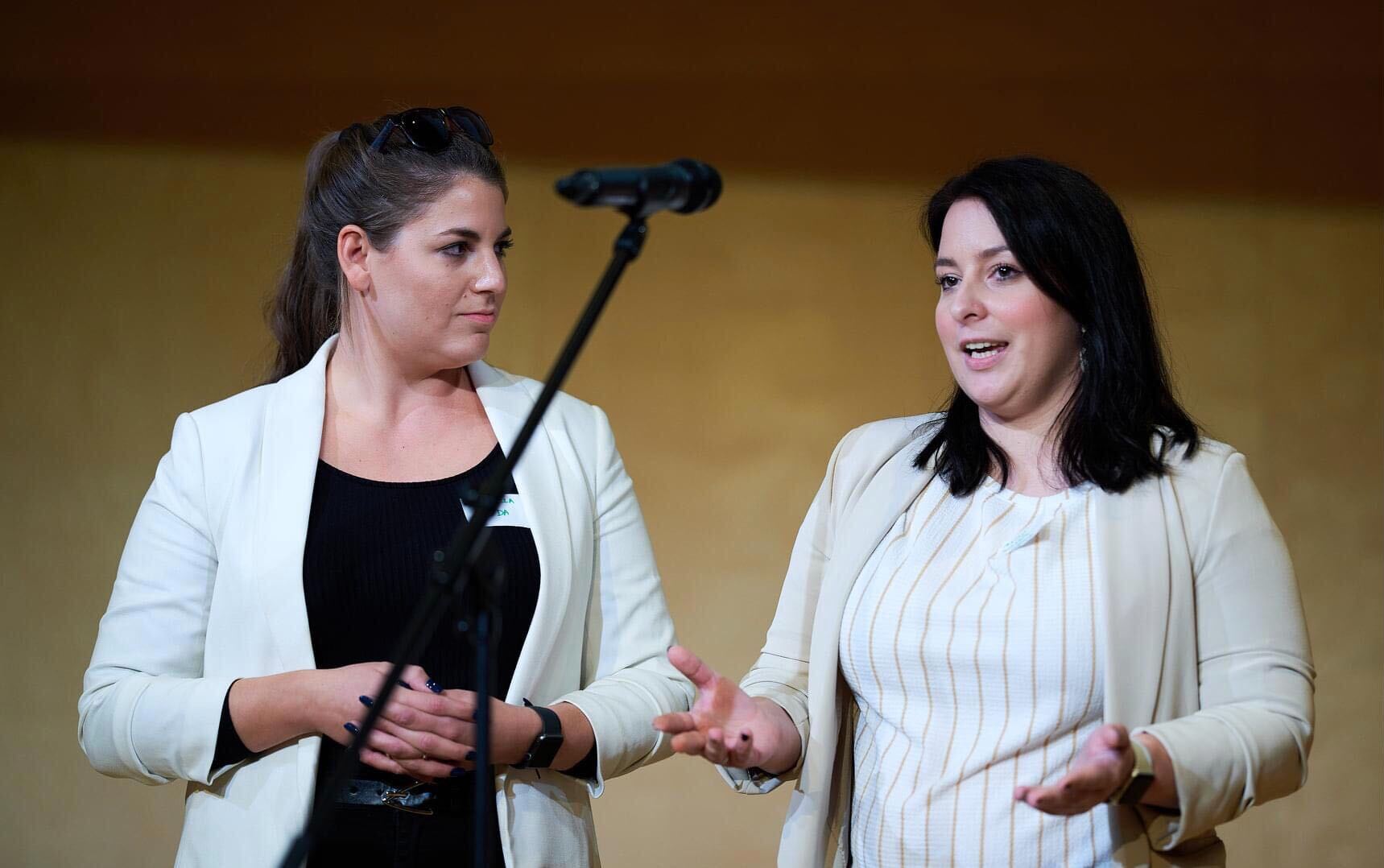 Even one minute a day can change your life. Probably you met the words mindfulness, mental well-being or meditation in the past few years. You might have downloaded apps that were just too much and you became more stressed than before. That’s where Pine comes in: a gamified mental wellness app where you can choose from easy practices to do something for yourself every day in a simple and accessible way. CEU iLab talked to the co-founders of Pine, Anikó Farkas and Daniella Boda about their future plans, their successes and challenges, and what advice would they give to their younger selves about founding a new venture.

What's the story behind Pine?

Anikó Farkas: We came up with the idea of Pine two and a half year ago during Christmas time. Daniella called me with her idea to make a journaling application. Our first idea was a guided journal, with which we applied to the CEU iLab and got the chance to learn how to build a successful startup. We started everything from scratch. We created our first MVP as a memory keeping app with lots of templates. Then we tested it on the market and based on the first users’ feedback and our own mission, we realized we should expand our methods. Now we’re about to release our 2nd MVP as a mental wellness app where users can choose from 5 practices based on positive psychology.

That sounds great. And how did you two meet?

Anikó Farkas: Everything started with ELTE. We began a sociology master’s degree in 2014, and we met on the first day of school. That's when the magic happened. So we learned together and then Daniella told me that there is a job opportunity at the company she is working in. I joined the company and we have been working together ever since. When Pine was born, we were 100 per cent sure how we can handle this friendship/ co-worker/ co-founder triangle between us. So I think I’m really grateful for this because I think no one else could have been a better partner than Daniella.

And between the two of you, how do you divide the tasks?

Anikó Farkas: We do everything together. So we don't really divide the tasks between us because we discovered that we are the most effective when we work together on one task. We can do it in smaller things like I will make the graphic design for this post, Daniella will write the caption of it but we are very closely together.

Daniella Boda: At the moment, we are doing everything together, like creating the content in the app and product management, as well as advertisements on the App Store or Instagram but I think there will be a point when we have to divide these tasks.

Can you tell me more about your long-term plans?

Daniella Boda: Right now, we are working on our second MVP with a mental wellness pivot, and after that we will re-start our marketing campaigns and App Store campaigns. However, the long-long term plan is that every person in Europe could start their own self-growth journey in their own language in the simplest way, based on some artificial intelligence. That’s our 5-year plan, but if we can do it in 3 years, all the better. Usually we are doing things faster than we think we can. Having built an app from zero to launching in the App Store took us six months, and that's faster then we thought.

What’s your advice to those who are thinking about launching their own venture?

Daniella Boda: Just go for it and don't stop. Even if you face a wall, just jump over it.

What do you think the biggest challenge was for you?

Daniella Boda: When we started CEU iLab’s incubation program, we came with an idea. So everything was a challenge from day zero: how to build a business, how to think about funds and everything else.

Anikó Farkas: But we are so grateful for our guru, Ágnes Schram, and our mentor, Márton Báti because they were really stable points in our lives. Our mentor had so many great advice to us. And they always mentioned that we should not forget that we are the founders, we are this company and we should not forget to enjoy it among all the tasks and to-dos. They said that if you live that way, enjoy the freedom of it.

Daniella Boda: I think finding good mentors is key to success. They know you, they know your project, they know your company, and they can look at it from another point of view. When we got stuck somewhere, our mentor didn't give a direct advice. He just came up with some ideas and we just picked one or two from those, and started to think about it and talk about it. We always got through the problems and the obstacles in this way.

Do you have a special technique when you encounter a challenging situation?

Anikó Farkas: We use our own app to relieve stress. (laughs). Beyond that we always discuss everything honestly.

Daniella Boda: We just don't accept the other's idea or point of view if we don't accept it totally. So usually we just challenge each other up to the point where both of us are one hundred per cent comfortable. We’re always asking, and we believe that disagreement is good because it drives you further.

Anikó Farkas: Yes, and we don't take anything personally. I think it's so important to separate the personal and the work things.

Daniella Boda: And you need time to wind down. So our Nr.1. rule is that we’re not working on weekends. You need to recharge and you need to focus on your personal life as well. Because without recharge, you cannot do anything properly.

What Does Conquering New Heights in Mobile Streaming Really Take in 2022? Here’s the Story of RECnGO

Team Stories: Unique Recipes on How To Create Success From Nothing