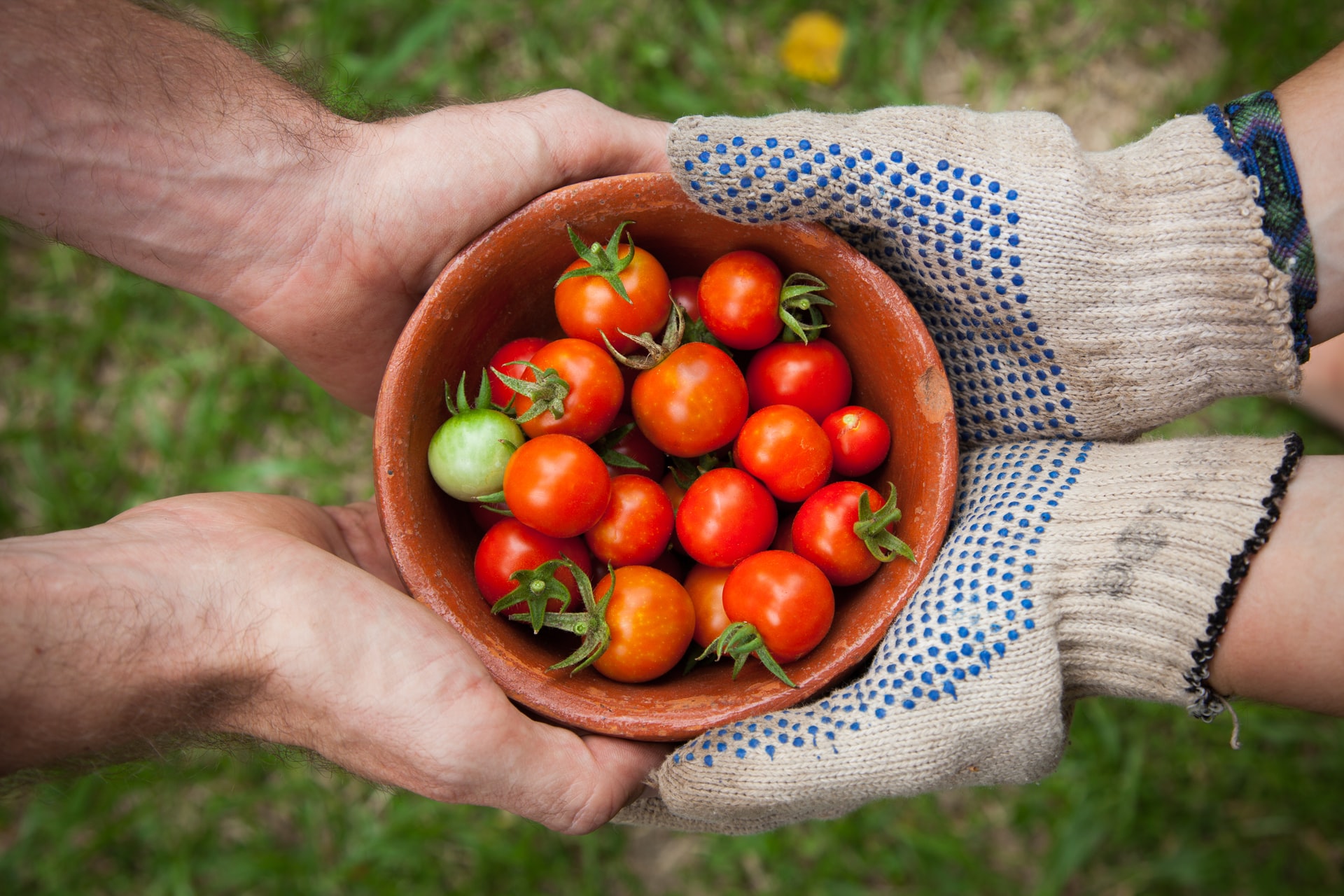 Plant trees. Reduce carbon emissions. Don’t throw away plastic bottles. Clear-cut, linear commands to save the planet. However, ecological systems are all but linear, and solutions can only be meaningful when implemented holistically, in line with the needs of any given ecosystem. That’s the promise of regenerative development.

How does Jenga relate to regenerative development

On November 11, 2019, volunteers planted 11 million trees in Turkey as part of a government-backed initiative called Breath for the Future. In one northern city, the tree-planting campaign set the Guinness World Record for the most saplings planted in one hour in a single location: 303,150. Less than three months later, up to 90 percent of the saplings were dead, the Guardian reported. The trees were planted at the wrong time and there wasn’t enough rainfall to support the saplings, the head of the country’s agriculture and forestry trade union told the paper. Although huge tree planting campaigns seem to be efficient and fast, ecosystems don’t work like that.

“Our present world generates plenty of risks, just think about ecological, social instability or the operation of the capitalistic economic order. Sustainability already means a shift from it. Especially in the global discourse, it aims at minimizing negative and maximizing positive externalities, starts noticing and reducing risks, all in the name of efficiency. However, it did not secede from a sometimes too “technical” paradigm. That means our present world thinks in linear processes, and is inclined to transfer this linear way of thinking to phenomena that is anything but linear,” explains Orsolya Domaniczky, CEU iLab alumna and sustainability expert the differences between our state of play, the approach of sustainability, and regenerative thinking.

Domaniczky says that our world, especially ecological systems have dynamic processes, work in patterns, networks, or fractals, and the ways of our conventional thinking about development - mainly as a linear process from point A to point B - could just partly follow them. “Regenerative development goes beyond sustainability and says that humans are not only capable of reducing risks and optimizing existing structures, but creating and maintaining such structures in the long run, which make the world a better place.”

Regenerative thinkers believe that the quality and quantity of connections between nutrients, organisms, water, air or any other element characterize whether an ecological system is healthy. Like in the classic game, Jenga, you can take some elements out of the system, and the system will become more and more destabilized but it holds up for a while - until a tipping point comes where the system can only reach its equilibrium again if it collapses. Thus, the regenerative approach strives to achieve qualitative improvement in connecting humans with nature, humans with other humans, economic actors with other economic actors, says Domaniczky.

What could we do in agriculture?

For example, Domaniczky says that when we work with a piece of land, current agriculture asks how we can maximize our benefit, our profit from it. This approach requires many artificial inputs: chemicals, fertilizers, gas, and it strives to replace human work with various tools. In the process, it basically ruins the soil. In contrast to it, regenerative agriculture says that it can do farming while enriching the soil. “While the approach has no general recipe and requires deep human engagement, for example, via thorough knowledge of the specific land, there are certain methods for use”, explains the sustainability expert.

She mentioned that regenerative agriculture tries to keep water on the land, while conventional agriculture strives to keep the water away through canals and trenches, and then farmers wonder why there’s no water. Then, if there’s no rain they are watering the plants, for that they drill wells, which depletes groundwater resources. So, they create vicious circles. The regenerative approach, on the other hand, creates virtuous circles: it means they are handling naturally available water with soft methods - they don’t build irrigation systems, but they build such trench systems, which keeps water in the soil.

Domaniczky believes that its most advanced and complex approach towards agriculture is permaculture design, which notices and adapts to the characteristics of a given piece of land, and it recognizes such natural inputs - for example mulching - which are available and cheap.

Even large landowners and agriculture of scale could benefit from practices of regenerative development. “Due to its scale and motivation, it can never be a fully regenerative system, but landowners must apply certain practices anyway as climate change and soil erodation forces them to do so. For example, no-till or min-till farming, which was carried out for centuries, or to make green wheat in autumn to cover the soil during the winter - so it is protected against wind and erosion. When it is harvested in spring, that builds a layer of mulch on the soil providing it nutrients. These are relatively easy practices which do not result in regenerative agriculture, but it is already fruitful and useful to preserve the soil” - explains Domaniczky.

Repairing the natural and the social fabric

For the regenerative approach, it is truly important to connect and reconnect to nature but the entire concept also has a social-economic aspect which says that it is not necessary for our social-economic systems to reproduce our social-economic problems such as alienation, atomization, the culture of disposability and immensely long supply chains. These can be reduced again if we have a connection to nature, but it also uses all those new methods that are known from social sciences and economic development which reduce supply chains and create a lot more connection points, communities, networks and are able to maintain those in the long term.

“Regenerative development strives to find the most appropriate form for everything, and it becomes truly regenerative in the moment when it tries to repair the social fabric” - says the sustainability expert. So, tree planting campaigns can be great initiatives if they are not executed as if putting a bull in a china shop. The careful selection of trees, planting season and other ecological characteristics of both the native vegetation and the plants could not only enhance the life expectancy of the trees but it ensures the enrichment of the entire ecosystem. Moreover, after careful analysis of how the trees affect the people living on that area, they could also get more meaningfully into their lives.

Just consider the International Olympic Committee’s project, the Olympic Forest in Mali and Senegal. It will involve planting around 355,000 native trees across approximately 90 villages in Mali and Senegal and will cover a combined area of around 2,120 hectares. The project starts with the evaluation of the needs of the local communities, identifying project areas, establishing a monitoring and evaluation plan and setting up plant nurseries. Planting, which will involve a diverse range of native tree species, is scheduled for the second and third quarters of 2022.

By helping to restore degraded soils, the Olympic Forest will increase the food and economic security of local communities and will help them adapt to the consequences of climate change. It will increase local biodiversity and enable sustainable agricultural practices, such as agroforestry, and the commercial use of non-timber products, such as nuts, fruits and fibres.

Instead of long supply chains, start getting vegetables locally

Another great example for the regenerative approach supporting local communities as well as micro-ecosystems could be CSA - Community Supported Agriculture. The concept means that you get agricultural products in a box for a year in return of paying the farmer, and it also includes marketplaces which connect farmers with conscious consumers, such as formerly CEU iLab-incubated Supp.li. The CEO of the startup, Zsolt Balog explained that Supp.li is basically an outsourced go-to market department, a digitalized food supply chain solution automating logistics for small to medium-sized farmers who have some special, sustainable or more environmentally conscious food product (meat, dairy, fruits, vegetables or dried goods) than food products that customers usually meet at their local food store. On the other hand, they help buyers of retailers (restaurants, food chains, hotels) buy conscious and interesting food products aggregated, meaning with one combined invoice, shipping, price management and quality check process.

By now, Supp.li established in 2019 has more than 350 farmers, 20+ restaurants (they had more than 100 pre-COVID), and 5-6 retailers, such as Foodpanda, Kifli, G-Robi, some Coop and Prima stores, and they are constantly expanding. In the second half of the year, the will launch in Bucharest, Romania, where they will have Romanian farmers to go to sale, and in Poland, they aim to do the same. In spite of going abroad, Supp.li will not lengthen “back” the supply chain, they have the policy that if you already have a product in a specific country, they will not ship that same product there, they do not want to “kill off” local producers. If something is missing from their shelves, for example Hungarian mangalica, they will bring it to the Czech Republic, but otherwise they won’t cannibalize local food supply chains.

Balog believes that in the future every food will have its ‘food print’ on the packaging knowing how its produced and how its shipped and transported, and based on such data, a score will be developed just like the score on the washing machine. Supp.li is actually aimin for that with the help of a very transparent system with all the necessary data about production and transportation available. “Whatever we do is helping sustainability, because we are helping farmers produce less waste with exact order forecasts, for example, and consume less energy with the centralization of warehousing, aiming for more sustainable energy sources, and of course, we think in short supply chains”, explained Balog.

Not just land-based, but community-based

The regenerative approach also contains all those social recovery programs where participative and community-based methods are applied. For example, a community not only plants trees, but they will become responsible for the entire forest, they will manage it in the long run. They will plant native species to adapt to the specific environment, and not only trees but also bush, grass and other vegetation to support local flora and fauna. And beyond wildlife, the community will take into account its own practices and its own connection to the forest. Will they cut down some trees to heat their homes? Will they cut down others to make furniture? They account for all those practices in order for the forest to still remain in a healthy balance - but also benefit the community.

To arrive at such a symbiosis between the forest and the community, you need participatory methods to figure out how the people would like to use the forest, the timber or any other element in the ecosystem. “If a community-level dialogue emerges, experience tells us that softer and more egalitarian ideas are born - cutting down one or two trees, or making some local furniture is absolutely not forbidden, and this will most definitely not result in a large-scale usage. But the community could also say that we live on a large plain, our environment and biodiversity degraded to such a point that we need a forest for recreation and wildlife to accrue, so we won’t let anyone to cut down trees,” says Domaniczky. So, there is no general recipe, as other countries have other customs, other pieces of land have other methods for regeneration. The main point is: stop linear thinking and do it!