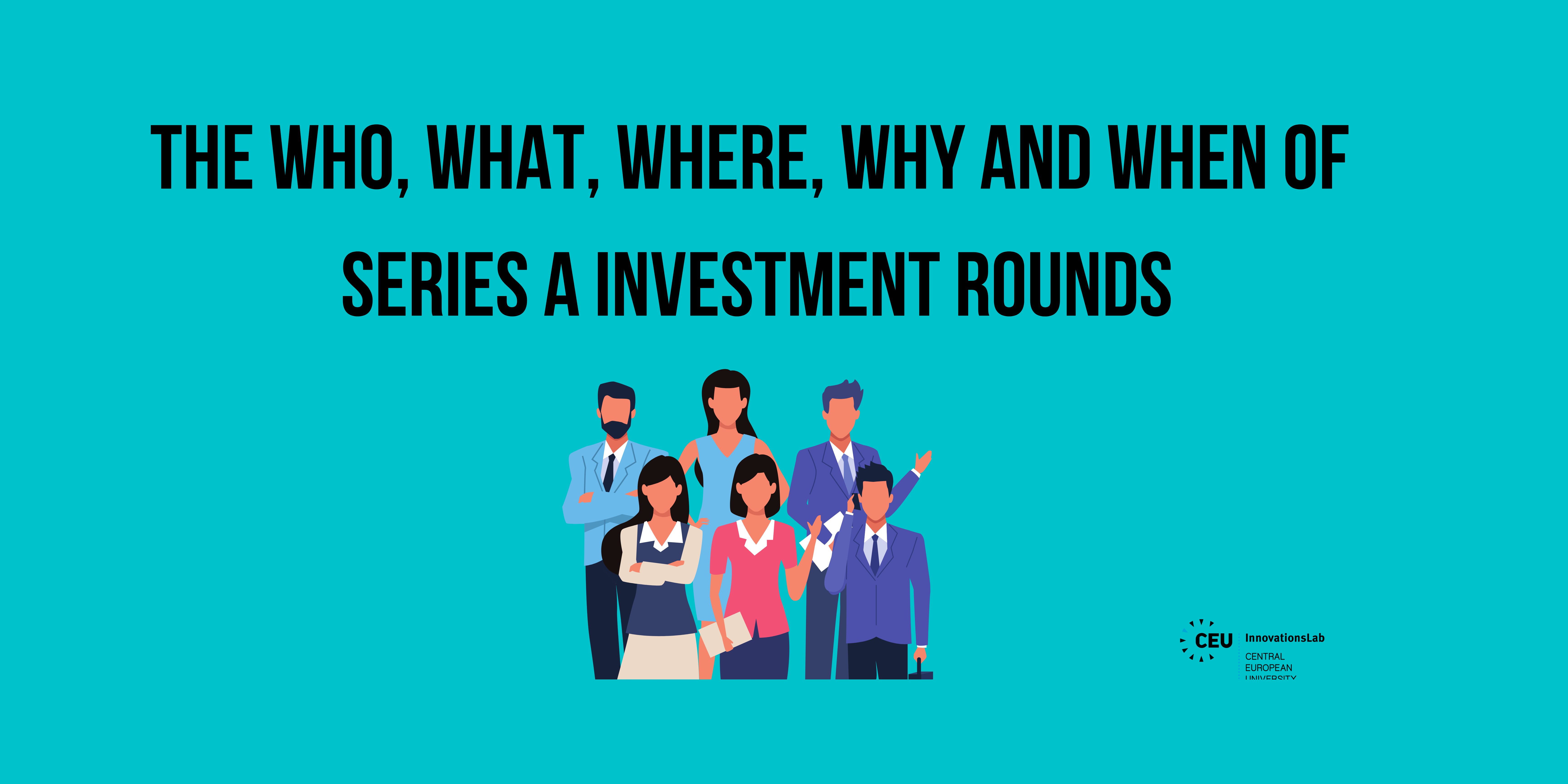 The Who, What, Where, Why and When of Series A Investment Rounds

Series A rounds are the stage in the seed funding investment phase that comes after an initial seed round. According to a benchmark report by Dealroom.co in 2021, European early-stage funding has continuously increased, and is currently at 4x that of 2012 investments with heaps more investors.

The average European conversion rate from Seed to Series A is 19% within 36 months, so chances are if you’ve seen some initial success with your MVP you’ll need to start thinking about the next round of fundraising sooner rather than later.

Here’s a look at what a Series A round is usually used for, who raises them and when, to help get you into the right mindset before you start writing your pitch deck.

The stages of investing

Series A rounds come after seed funding, and it’s the first official equity funding stage (following a pre-seed funding round). Seed funding can come from a variety of different sources - including friends and family as well as investors, and helps the company take its first few steps to validate a product and find product-market fit. Some startups never raise past the seed funding stage.

Next up after seed funding is the Series A round. Once a company has a validated product, a solid user base, and consistency in their KPIs (Key Performance Indicators), they may consider a Series A round in order to invest in faster growth and scale.

Series B financing is the second round of official funding after a company has met certain milestones. At this point, investors pay a higher share price for investing in exchange for convertible preferred stock. At this point, financiers have a chance to see how management has performed, resulting in less risky investment.

What Series A investments are used for

What the definition of growth and scale looks like is different for each business.

Some businesses may use their investment to optimize a user base or capture a new one, or to improve its product offerings. This may include scaling the product across different markets, or - in the case of software - probably completely rebuilding the app. Hardware companies frequently invest a lot of the funding into product inventory and reducing their cost-to-manufacture.

A new cash infusion also provides companies with a war chest to hire key new staff members and invest in public relations, marketing and sales, providing an additional advantage over their competitors.

On the one end of investing, there are, of course, founders raising funding for their company. On the other end, you’ve got your potential investors looking to make a profitable bet on a promising business.

At the Series A round, investment becomes more political than in the previous round. Usually one to a couple of VC firms lead the investment. Once they’ve committed, a company may be able to attract even more investors.

Most seed rounds, at least in Silicon Valley, are structured as either convertible debt or simple agreements for future equity. Some earlier rounds are still done with equity, but in Silicon Valley they are now the exception. Nearly all investments moving forward after the seed round are made in exchange for equity in the company, in a measure that’s equal to the level of investment made.

The best relative returns for investors are created when investing at the Series A stage. Taking into account the fact that the investment will continue to create returns from subsequent rounds of funding, the Series A stage becomes even more appealing.

The top 5 Series A investors globally are:

And in a recent analysis by Sifted, the top Series A investors in Europe to date, are:

Valuations are a key difference between Seed Funding and Series A, indicating a huge leap between the company’s maturity level and growth prospects. The level of the company’s valuation determines the types of investors who will be interested.

Due to the structure of investments, it’s important for analysts to undertake a valuation of a company in question in order by taking into account multiple factors, including - but not limited to - the startup’s business management, its capital structure, market size, risk, and future earning prospects.

The goals of valuation at this point in a startup’s journey are to identify the company’s progress made with the previous seed capital and determine the efficiency of the management team. The results are used to demonstrate how well the company’s management can use available resources for future profits.

According to data published by PitchBook and KPMG, the median Series A size in Europe so in 2020 is €6.87 million, compared with €5.15 million in 2018 and €5.35 million in 2017. Series A funds are predicated on a validated, long-term strategy for turning a great idea into a profitable one. The deal sizes are based on the aforementioned valuation.

Regardless of the round, funding strategies should be designed with the aim to raise as much investment as is needed to become profitable. This way, even if you do have to raise again in the future, you won’t have diluted your shares to the point that it’s hard to find new investors.

Any percentage dilution is backed up by a credible business plan, which provides the facts and strategy needed to persuade investors that their investment will make a profit. Multiple plans can be created to account for different scenarios depending on the amount of money you raise, where the difference in reaching success is the amount of time it will take you to get there.

As a simple starting point, you can calculate your ideal investment amount by determining how many months of runway you want to fund, by averaging your overhead costs and multiplying them over time, adding any new hires you plan to make in that span of time.

Tools like Angelcalc help fundraising founders model everything out, to determine how much to raise versus how much to protect their ownership.

iLab's tip: 4 Best Ways to Calculate Valuation of a Startup - with calculator!

Case Study: How Salarify did it

Salarify helps employees get access to their salaries where and when they need it. Instead of waiting weeks for a payday, you can get paid when you need it through a safe and contracted process with employees. The Salarify team recently underwent a Series A fundraising round, pitching to both Hungarian and American investors, noting the differences along the way.

As a major difference, the team noted that most Hungarian VCs are funded at least partly through government or EU funds, adding an additional layer of administration to the process. Most crucially at the final stages, the board of funders can veto the investment at any point in the process if due diligence doesn’t check out.

From a bird’s eye view, the steps of the process were similar. In both cases, the largest factor was the size of their target market, and an assessment of their track record in determining the efficiency and scalability of the product they were building.

Next, based on the number of users, data collected, or other benchmarks, investors can determine the market you’ll be able to cover and the amount of investment needed.

4 Key Pieces of Advice for Bootstrapping a Startup

6 Ways to Generate Funding for your Startup

Getting Funding From Angel Investors - Pros and Cons

The CEU iLab incubation program makes entrepreneurship more accessible by providing mentoring, know-how, network and a community for high-impact teams. All of this in a world-class environment, at a world-class university.